Imagine stumbling into your own Secret Garden smack dab in the middle of Paris! 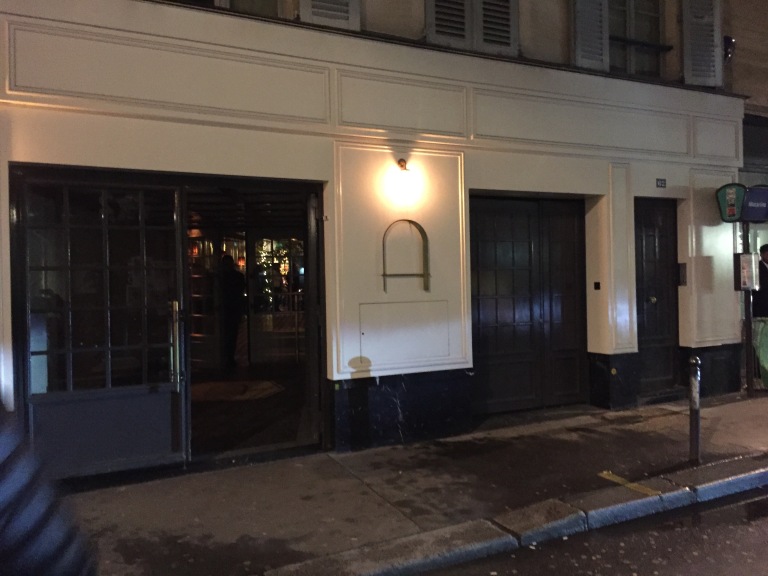 That’s just what you will feel like when you open the door of Alcazar Restaurant at 62 rue Mazarine. 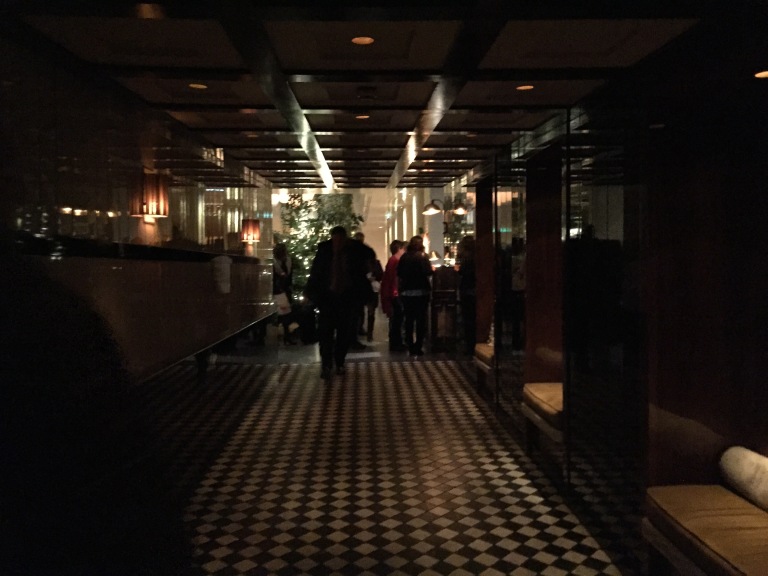 Behind the facade, you find a long hallway that leads to an open, expansive area — decorated with lush greenery. Even more greenery dangles down over the main dining room from the mezzanine floor above. 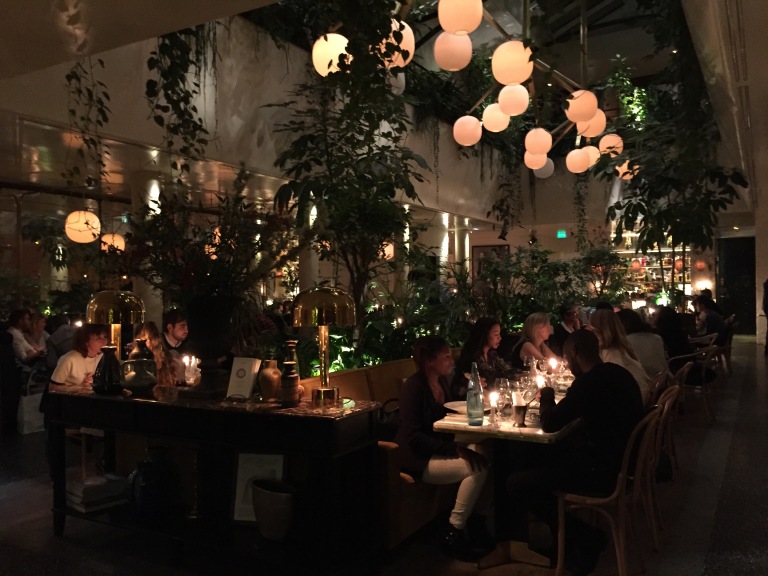 I was greeted by a hostess that looked like she stepped out of an Yves Saint Laurent haute couture runway show. I may have had the designer in mind as I visited his recently opened museum (https://wordpress.com/post/thelowdownwithmikeyb.com/6141)

The Left Bank restaurant underwent a 2015 redo in  thanks to well-known restaurateur Sir Terrance Conran.  The designer  gave the eatery a more contemporary, international feel than the typical, Parisian brasserie. Okay, so you will find some touches common  in most brasseries:   Thonet chairs, banquettes and tile floors. But there are new twists:  Banquettes come in a mustard color. Many tables feature marble tops, rather than the typical wood.

And a DJ stationed in the mezzanine level (called Le Balcon) spins eclectic music — animating the environment– imparting Alcazar with a celebratory atmosphere. The DJ played music including songs recorded by Al Green, Donna Summer and Donny Hathaway as well as pop songs by international singers who names I don’t readily recall.

With so much attention paid to decor and atmosphere, you might think the restaurant falls short on food. Not so!

For a first course, you can’t go wrong with Pumpkin soup, pureed to a perfectly not-too-thick consistency with chunks of chestnuts included to provide texture. And it was topped off with scallions and miniature croutons toasted to perfection

For the main course, I ordered the Roast Wild Cod Fillet. It was moist and meaty. It came served on a bed of greens and fluffy mashed potatoes seasoned with just the right amount of butter. It was served with an unexpected twist which added a bit of sweetness: pink grapefruit.

You should also try the Roast Landes Chicken Supreme with mushrooms. The chicken was perfectly roasted while maintaining its moisture. The mushrooms appeared to have been perfectly sauteed with light butter, a little olive oil and garlic. The chef added a bit of arugula for color! 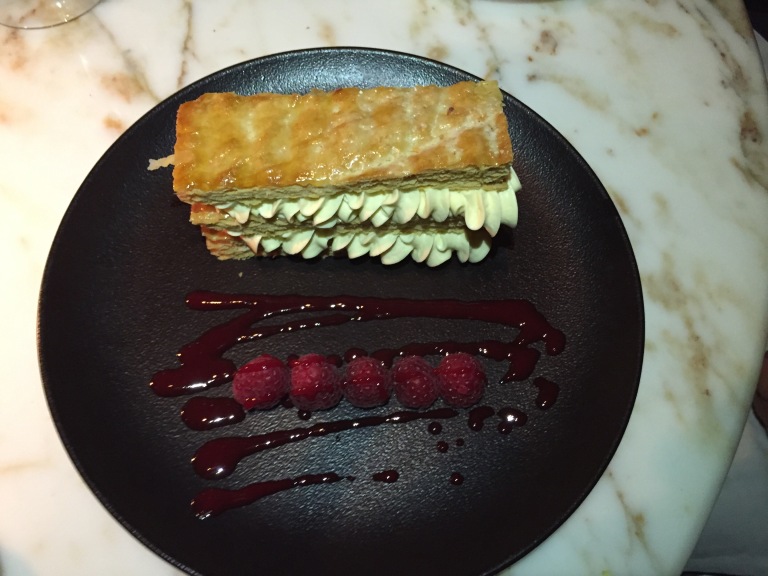 As a dessert, go for a typical French pastry: the millefeuille. The three layers of puff pastry were flaky, fluffy perfection. The creme sandwiched between the layers was delightfully smooth. Five fresh raspberries dotted the plate along with a bit of raspberry sauce.

Finish your meal off with a bit of cafe avec lait before leaving your own Secret Garden and making Saint Germain des Pres your own personal Parisienne playground.