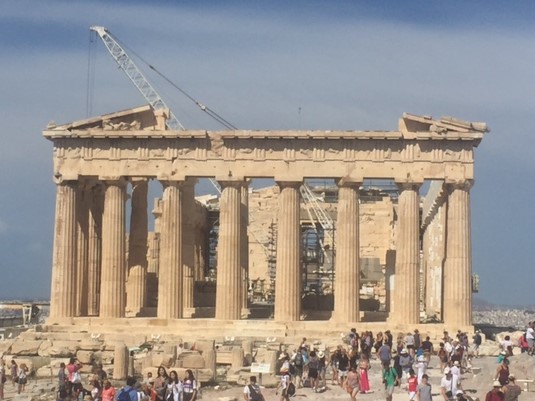 Nowhere in the world will you see a better example of classical Greek architecture than at The Acropolis in Athens. It is located at Dionyssiou Areopagitou in Athens.

In Greek “Acro” means high and “polis” means “city”. So, “acropolis” means “high city”. In ancient times, Greeks built structures atop mountains to protect themselves against enemies. You will find an “acropolis” in many Greek cities. However, “The Acropolis” (with a capital ‘A’) refers to the Athens site, constructed in the 5th Century BC.

Generally whenever you look up in Athens, you see the Acropolis. When people think of it, most think of one building:  the Parthenon, arguably the most readily recognizable Acropolis structure. Historians say it was dedicated to Athena Parthenos, the patron goddess of the city of Athens. It was constructed between 447 and 438 BC. Actually, the Parthenon shares the approximately seven acres of the Acropolis with other structures. For example, The Propylaea is a gateway that serves as the Acropolis entryway. The Erechtheum is a temple on the north side of The Acropolis. which was dedicated to Athena (the virgin Greek goddess of reason, intelligent activity, arts and literature) and Poseidon (the Greek god of the sea and earthquakes). Another remarkable temple on The Acropolis is dedicated to Athena Nike and sits at the site’s southwest corner.  The word “Nike” means “victory” in Greek. The goddess Athena was  worshiped as the goddess of victory in war and wisdom.

Here is some helpful info for visiting The Acropolis: 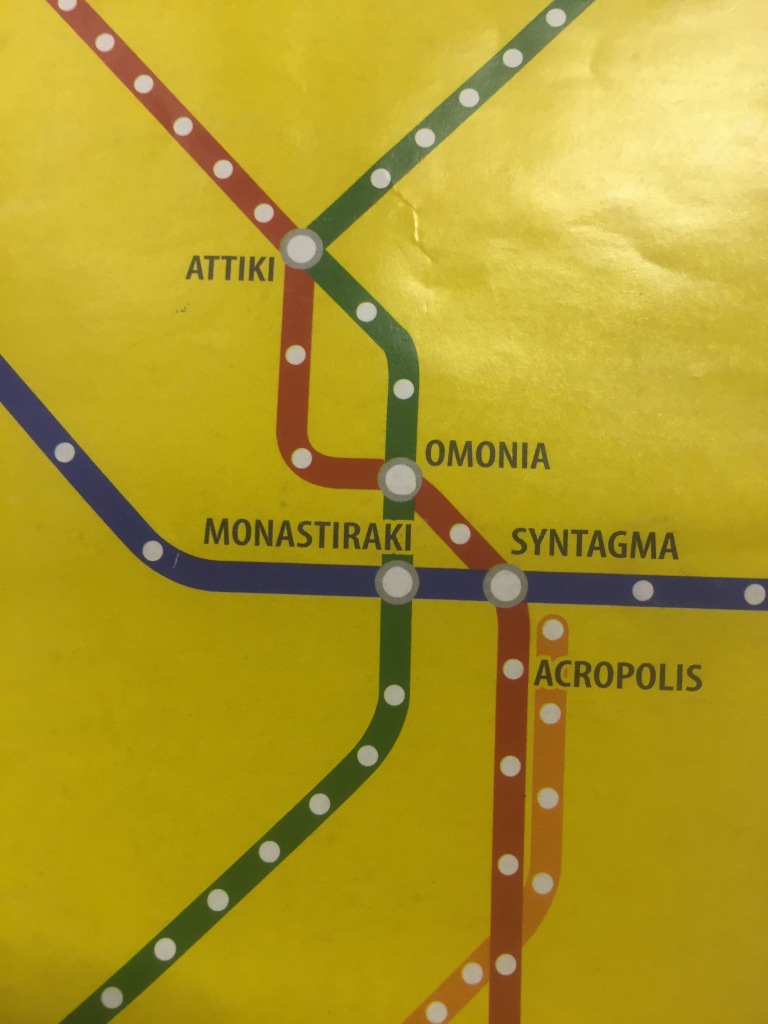 No trip to Athens would be complete without visiting the Acropolis.  Where else can you take a selfie in front of structures built in the 5th Century BC?

3 thoughts on “The Acropolis, Athens, Greece: The Lowdown”